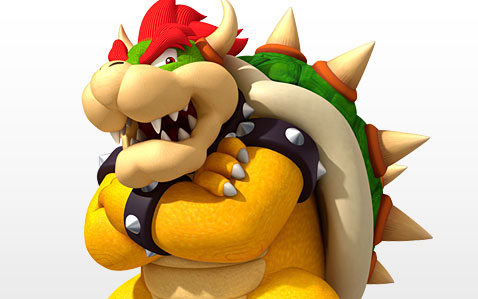 King Bowser Koopa is the main antagonist of the Mario series, the supreme leader of the Koopa Troop, King of the Koopas, and the arch-nemesis of Mario. He has repeatedly, kidnapped or attempted to kidnap Princess Peach and take over the Mushroom Kingdom. He has on other occasions attempted to conquer the entire Mushroom World.

Since his debut, Bowser has been in nearly every Mario game, including the main series, spin-offs, and crossovers. Besides being a primary villain, Bowser has at times played an anti-villain in several Mario RPGs, with the exception of Paper Mario.