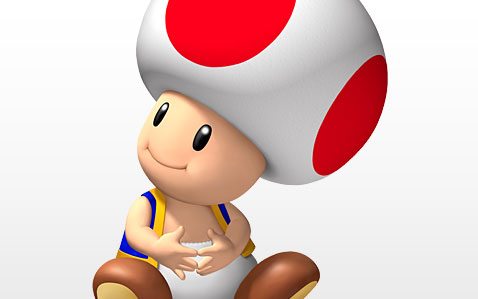 Toad is Princess Peach's attendant and a long time protector of the Mushroom Kingdom. He is actually a singular character among an entire species of look-alikes. He usually has the role of a supporting character who tries to help Mario on his adventures, however, he is occasionally a playable character and a main protagonist at times as well.

He once made many appearances in the mainstream Mario games, but has lately been reduced to being a playable character in the Mario spin-off titles, while Toadsworth has taken over many of his previous roles.