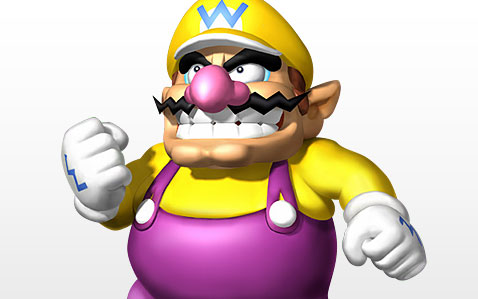 Wario is the obese, yet surprisingly muscular, hot-tempered, greedy anti-hero, and Mario's yellow-and-purple clad rival. Wario's greed pushes him to commit malevolent acts, such as the seizing of Mario's Castle. Due to his money grubbing personality, he is disliked by many citizens of the Mushroom Kingdom.

Wario has also proven to be very cunning as he has tricked Mario on more than a few occasions. He often goes out on his own adventures; from stealing treasure to running a mini-game making company. Wario has helped heroes of the Mushroom Kingdom on a few separate occasions as well.