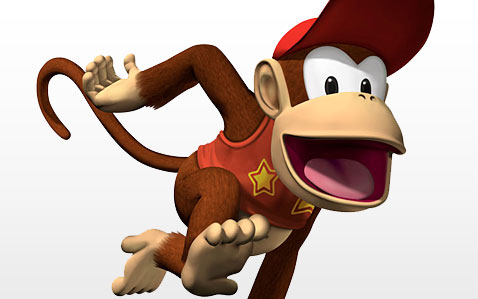 Diddy lives on Donkey Kong Island in the Kongo Jungle, and is identified by his red hat, which has a Nintendo logo on it, and shirt. He is Donkey Kong's buddy and companion who has gone on countless adventures with him. The name 'Diddy' is a slang word used in some parts of northern England for 'small', as Diddy is.

Diddy has also gone on many adventures by himself and has even starred in his own racing game for the Nintendo 64 and later for the Nintendo DS. He is noted for his ability to use a jet pack fashioned from a barrel and a pair of wooden guns that shoot peanuts.