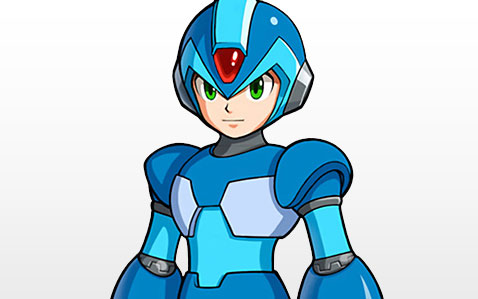 Mega Man is the hero of the Megaman games, created by Dr. Light, with assistance from Dr. Wily. Originally created as a lab assistant named "Rock", he was modified for battle after Dr. Wily reprogrammed the original Robot Masters. Due to his Variable Weapons System, he can copy the weapon of any Robot Master he defeats in combat and use it as his own.

The Mega Man games began in 1987 with the first Mega Man game for the Nintendo Entertainment System. It, and its sequels, comprise the original series, which has since been followed by several spin-off series in the same fictional universe.