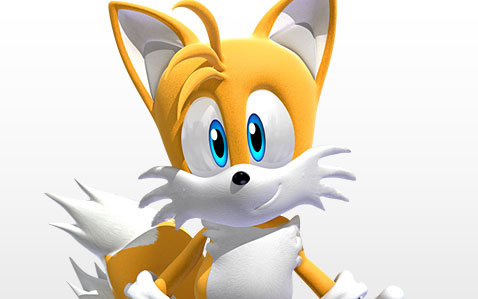 Miles Prower, better known by his nickname Tails, is a character in the Sonic the Hedgehog series of video games.

The name "Miles Prower" is a pun on "miles per hour", a reference to the famed speed of the Sonic the Hedgehog series. He is an eight-year old fox with two tails, hence the nickname. He is known to be Sonic's sidekick and a mechanic. He is able to use his two tails to propel himself into the air like a helicopter for a limited time. His debut was on October 16, 1992, introduced in the 8-bit version of Sonic the Hedgehog 2; the 16-bit version was released that November.