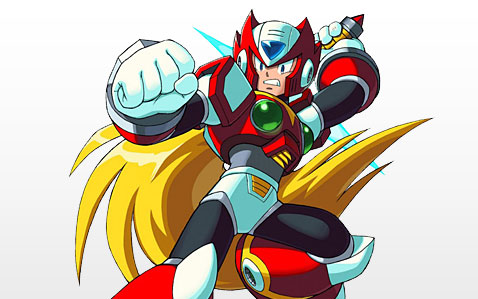 A high ranking Maverick Hunter in the X series, and a legendary freedom fighter in the Zero series, he's a die hard warrior who doesn't hesitate to take action. However, behind his cold and emotionless attitude lies a wounded soul.