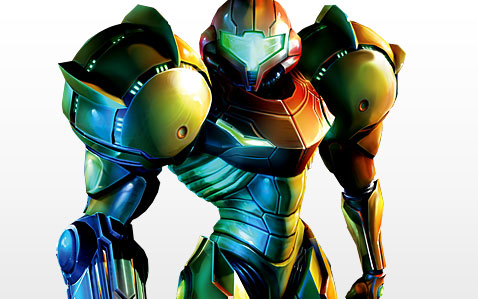 Samus is a female ex-marine bounty hunter usually fitted with a powered armor suit with weapons that include beams and missiles. Throughout the series, she executes missions given to her by the Galactic Federation while hunting the antagonistic Space Pirates and their leader, Ridley, along with the energy-draining extraterrestrial parasites called Metroids.

Orphaned at a young age, Samus was brought up by the extraterrestrial avian Chozo race, who trained her as a warrior. The Chozo also gave her the Power Suit, and infused her with their blood in order to create a perfect warrior. This blood infusion gives Samus the ability to transform herself into a sphere named the Morph Ball in order to roll through tight areas such as tunnels.