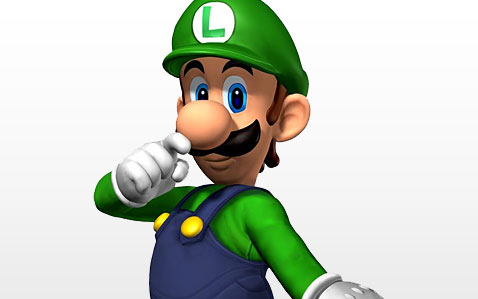 Luigi is portrayed as the slightly younger fraternal twin brother of Nintendo's mascot Mario, and appears in many games throughout the Mario series, frequently as a sidekick or deuteragonist to his brother.

Originally developed as a palette swap of Mario with a green color scheme instead of red, Luigi has since developed a personality and style of his own. As his role in the Mario series progressed, Luigi evolved into a physically distinct character, taller and slightly thinner than his brother.