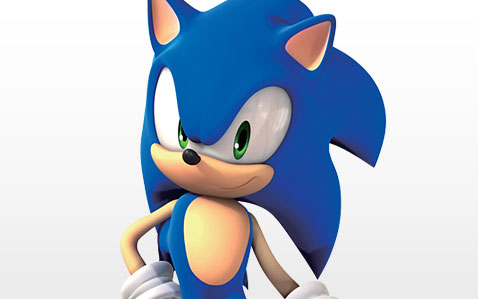 Sonic is the main character of the Sonic the Hedgehog series of video games as the main protagonist and has been Sega Corporation's mascot since 1991. Since the beginning of the series, Sonic has been the champion of peace, risking his life to stop the plots of a variety of violent foes, particularly Dr. Eggman, in order to establish worldwide peace.

Along the way, he has been aided by many characters, including his friends Miles "Tails" Prower, Knuckles the Echidna, Amy Rose, and occasionally Shadow the Hedgehog. Sonic's greatest asset is his ability to run at supersonic speeds. However, he is also prone to making rash decisions, and dislikes being near water; he can't swim.