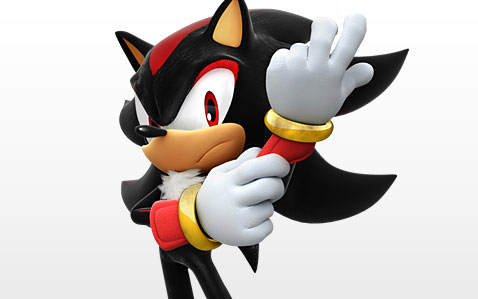 Shadow is an experimental artificial life form in the design of a black, male, anthropomorphic hedgehog that was created around 50 years prior to the events of Sonic Adventure 2, referred to on several occasions as the "Ultimate Life Form."

He resembles Sonic in many ways, such as how his hover skates propel him at extreme speeds to rival those of Sonic; but he distinguishes himself with greater use of his signature ability to use Chaos Control with Chaos Emeralds, which allow him to warp time and space. He is Sonic's rival and is the antithesis of Sonic himself in all aspects of his life.